Target stores across the United States face protest over the tranny bathroom policy.

The Christian Post “Target’s shares are plunging in an “increasingly volatile consumer environment,” though the retail giant is denying that the conservative boycott against its transgender bathroom policies is playing a big part”.

The Wall Street Journal reported this is the first such decline in two years. Target CEO Brian Cornell, who is responsible for the tranny bathroom policy, said “To date we have not seen a material or measurable impact on our business. Just a handful of stores across the country have seen some activity and have been impacted,” he said. I suggest he speak in-depth with the Target accounting department.

From the American Family Association: “Target’s policy is exactly how sexual predators get access to their victims. And with Target publicly boasting that men can enter women’s bathrooms, where do you think predators are going to go?”

Keep up the good work, America! Many are saying they hope and Pray that Target goes bankrupt. Me too! Program their ticker symbol in your phone, pray every day while checking the spiraling price,  that Target has to close down stores. And that they make a public apology and rescind their policy. Then and only then, should the stores come back. 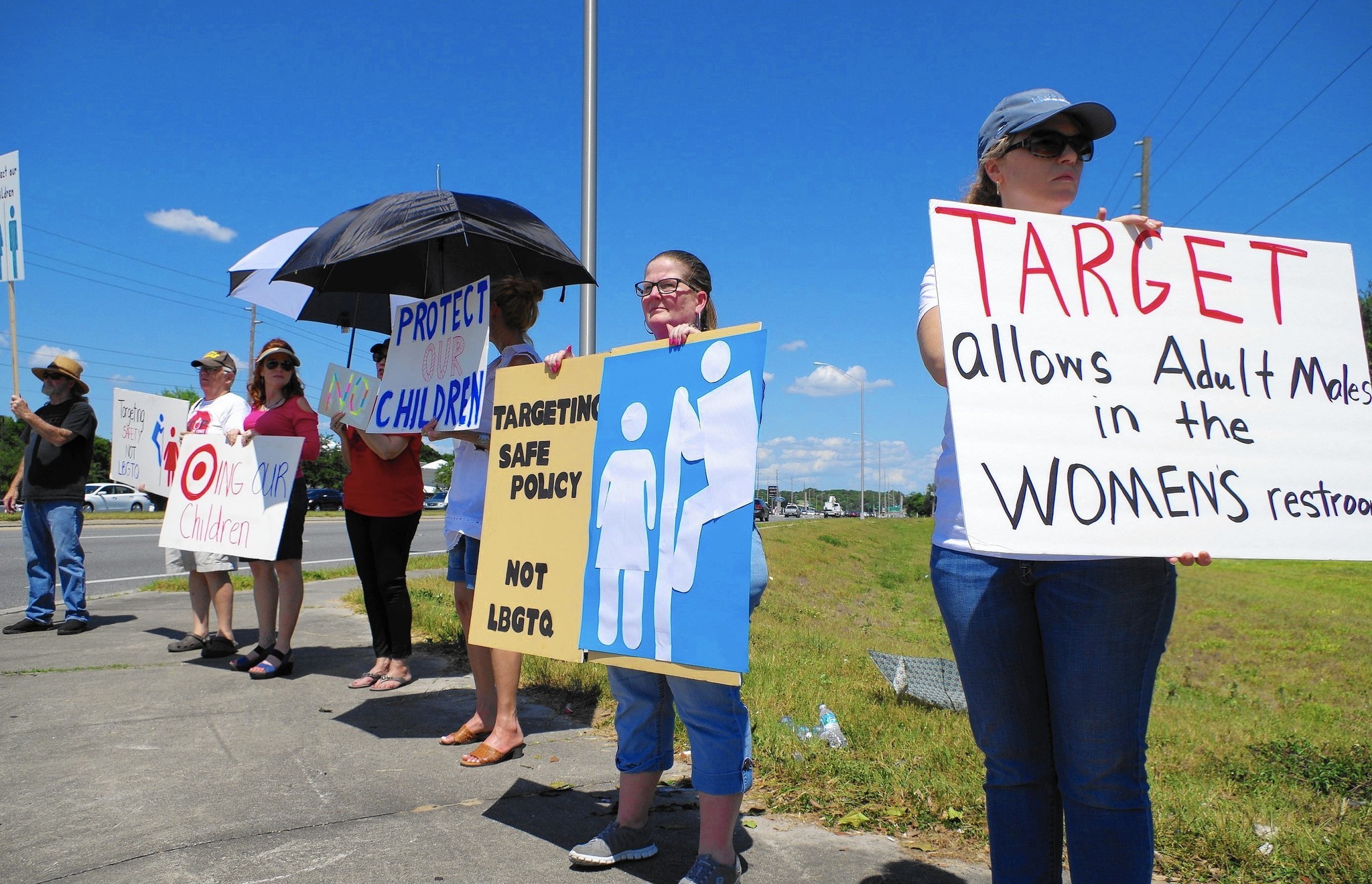